A Guide to Ride Backcountry

There is loads of amazing riding really close to Queenstown - everything from the Gondola assisted downhill trails on Bob's Peak, to the wonderful easy Queenstown trail and the purpose built trails of 7 mile, Rude Rock and Kelvin Heights. But for those more adventurous with a bit more experience Queenstown has a wealth of what might be best described as back country rides.

During the gold mining days Macetown was a thriving community at the confluence of where the Arrow River met 12 Mile Creek. Today the bike ride to Macetown is a fantastic journey with a real remote experience achievable by most confident intermediate rider.  In the height of the summer a regular stream of 4wd vehicles make the journey into the campground so you are probably never too far from help - although it is often them that is requiring the help as they underestimate the river crossings. In fact on the return journey expect to cross the flowing Arrow no less than 22 times if you take the most direct route. If nervous about such crossing the best time to ride is probably late summer when the snow thaw is almost non-existent and the temperature maybe one or two degrees more. Make sure you take a packed lunch or snack as unfortunately you won't find the hotels and bars there anymore. By the end of 1863 the population of Macetown was 300 with a school, church and two hotels. By 1865 most of the alluvial gold had been extracted and the towns folk moved on. There is however a number of restored buildings to explore and a short walk up to the old Battery. 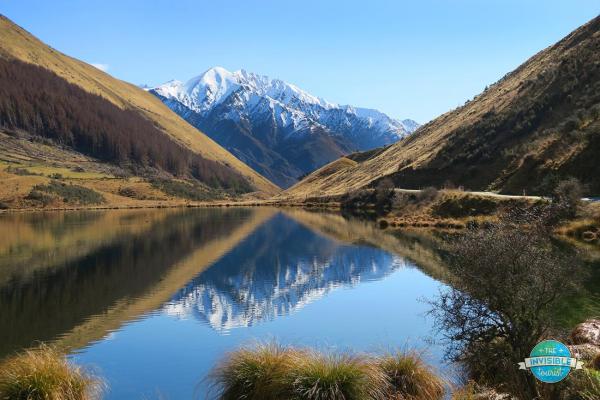 High up in the hills is the small Moke Lake featuring a glorious Department of Conservation campground. It is the perfect place for a picnic with the famil and even a swim in the crystal clear mountain lake. There are two tremendous rides in this mountain environment both very accessible for an intermediate rider. The first a short six kilometre navigation of the lake on the trail will take most riders just over an hour with a very grunty hill climb at the Southern end. The alternative is a 10 kilometre ride heading North along the gravel farm road to where the river meets the road. From here a single track crosses back and forth over the river all the way back to the main campground. Combine them both for lovely day out while the family spends the day relaxing next to the lake.

An extension of the Moke Lake trail is to head back into the hills at the Southern End of the lake and toward Lake Dispute. This ride is for the more advanced rider and consists of a slow going climb up a long paddock and a very steep often washed out descent to the Glenorchy - Queenstown highway. From there you have the option of slogging back up the main road to Moke Lake, riding up a single track trail called Gold Diggers just off the main road, or getting the family to drive down from Moke Lake and picking you up.

The Moonlight Trail is a favourite back country trail with locals and visitors. It is a tough ride and will take you a good part of three quarters of a day. The Moonlight Trail can be ridden in either direction as it circumnavigates Ben Lomond into some beautiful alpine back country terrain. The ride covers some pretty rough terrain from Arthurs Point that is often rain effected before a fast rolling descent down the main farm road into Moke Lake. Alternatively if the legs are willing you can ride down the stream. From there it is straight forward down the main road, via the Gold Diggers trail or via Lake Dispute.

The ride from Arthurs Point to Moke Lake is big country and riders coming in the opposite direction often risk getting lost following the wrong tracks from the high country sheep or wild goats on Ben Lomond station. Be careful and vigilant! Like all the rides here the weather can change fast and it is strongly advised that you carry warm clothes, spare tyres and tool, snacks and lots of water in a back pack. There is little to none phone reception on all these back country rides.