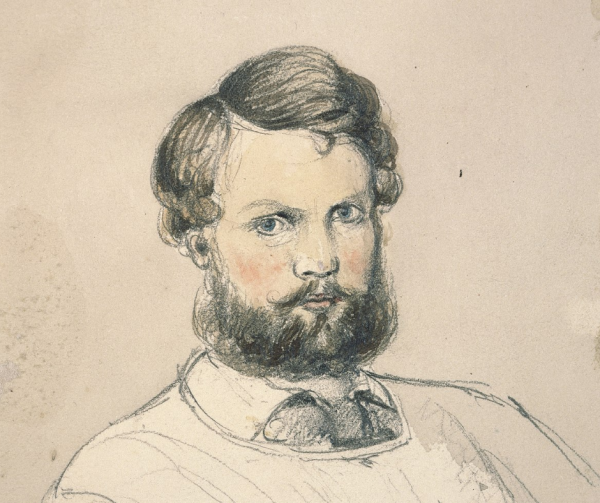 It was the toss of a coin that set in motion an incredible set of circumstances for a young Welshman named William Rees. Choosing the right side of the coin toss would see Rees go on to become the most important name in Queenstown’s history. Today, William Rees is considered the founding father of Queenstown and his story is intrinsically linked with the story of Queenstown, and what it is today.

William Gilbert Rees was born in Wales in 1827 to a Royal Navy Commander and educated in the Royal Navy School. He immigrated to New South Wales, Australia in 1852 where he took up sheep farming. Soon after, his wife Frances joined him, and they embarked upon a mission to find the “Promised Land of Rees”. It seemed they were unable to find such nirvana in Australia, so the couple moved to Dunedin a few years later. Rees established a sheep run near Tapanui but wasn’t satisfied that the West Otago settlement was the promised land for which he searched.

In 1855, the Otago Wastelands Act was passed by Parliament in an effort to develop farms or runs in the mostly uninhabited areas of the lower South Island. It was this act that gave Rees the impetus to set out on an intrepid journey.

Rees and five hardy companions set off from Dunedin in 1860 to find farming land. Through the harsh landscape, the group made it through Omarama, Lindis and eventually to Wanaka. It was a tough journey and by the time the party made it to Cardrona, there were only two men left; Rees and Nicholas Von Tunzelmann. The group had abandoned their horses and their “boots were full of blood from the cuts on our legs”.

After finally arriving in the Wakatipu basin,  Rees and von Tunnzlemann became two of only a handful of Europeans to have ever set eyes on sparkling Lake Wakatipu before. After exploring the area for three weeks, the pair took the arduous journey back to Dunedin and lodged a claim for grazing rights.

After arriving back in the Wakatipu, the fateful coin toss was made. Von Tunzelmann won the Walter Peak side of Lake Wakatipu and Rees would take the side that is Queenstown. That coin toss would go on to become a pivotal moment for Rees, one that would bring him both good and bad days.

With his parcel of land, Rees established a 240,000-acre farm, eventually grazing 3,000 merino sheep. Von Tunzelmann also began farming, but his path was not as easy as Rees’. After many successes and failures over the years, he eventually ended up going bankrupt and losing his mind, spending his last days in the Frankton Hospital (which Rees had established).

Rees’ fate would go a different way. On a sunny day in 1862, one of William Rees’ musterers, Maori Jack saw something shining in the Arrow River. The nugget of gold that Jack removed from the water that day would forever change the course of history for the district and spark one of the greatest gold rushes of the era.

At the time, law prescribed that farming must give way to mining if a workable prospect was found. Rees made a deal with his employee to keep quiet about the find until after the shearing had finished. Jack did honour his end of the deal, but it was a fellow musterer named Donald Fox who also finding a nugget of gold made his way to Cromwell to acquire gold-mining equipment. His presence in the big smoke of Cromwell, paying for supplies with gold, alerting everyone in the region and it wasn’t long before miners from around the world began arriving.

The result was both good and bad for Rees. Central Queenstown was declared a goldfield and Rees lost his home, forced to purchase his lot in town like everyone else. In 1864, he was awarded 10,000 pounds as remuneration for the loss of his 240,000-acre farm. It was not a good outcome for Rees, and he ended up moving from Queenstown to Kawarau Falls, today the site of the Hilton Hotel.

Undefeated, Rees set about prospering from the gold rush. Rather than turning to mining himself, Rees sold meat and food to the miners. Initially, Rees was the only owner of a boat in the area so was able to bring further supplies and livestock into the area. His boats were also used to freight gold out of the area. Rees had to be tough to combat the sometimes hungry, desperate miners who were eager to get their hands on his food and livestock supplies. Despite this, Rees has gone down in the history books as a man who was devoted to the community and a well-respected figure of authority. He was enthusiastic and pioneering about the development of his beloved district.

William Rees was a visionary man, and some of his many contributions to the growth of the area included a timber mill on Pigeon Island, the construction of government offices, churches, the Masonic lodge and the hospital. He converted his woolshed to the first hotel, the Arms Tavern. This iconic building is now Eichardts Hotel.

Still, at the height of his powers, Rees decided to leave the Wakatipu Basin at the age of 40. He moved to a large sheep station in the Waitaki district in 1867. William Rees died in Blenheim, Marlborough in 1898.

Take a drive around Queenstown today and you will see the many acknowledgements to this pioneer of Queenstown. 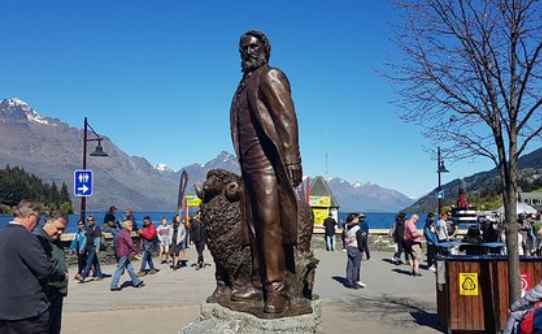